Let me start by saying I named this video/project based off the original Jay Bates video that I watched back in 2014 when I was looking for a push stick design for resawing.

The first time I resawed was on a table saw and I made this push stick specifically for the task. But it quickly turned into my go to push stick ever since.

I love it’s wide body for stability on top, the long footprint so it’s easy to apply downward pressure as well as forward, and the fact that it’s sacrificial so I can run it right through the blade if I’m cutting something thin.

The whole point on making it out of pine was so it could be cut down when the bottom got too chewed up or just toss it and make another, but I’ve never once bothered.

Now I love this push stick but one thing about it that is a negative is the one length tail stock.

The tail is held on with two screws and is also intended to be sacrificial and replaced when it gets too chewed up. I left a good amount of over hang on the bottom of mine to ensure a good grip on my resewing piece. However, when I switch to cutting anything thinner, the back end of the push stick will still catch it, but the back end is up off the tablesaw deck.

Let me show you the design process.

I started off with a chunk of 2×6 and laid out my lines to cut. Oh I also added in a second handle. I like the idea of having a push stick that can be used at the table saw or jointer. And for me, I want the location to be in different places depending on which tool I’m at.

I cut my board to length so I could have access to the end where the tail stock would be placed. I stuck it in my SuperJaws to set up and drill a hole. I wanted this hole to be really straight but since it wouldn’t fit in my drill press, I used a hand drill.

A trick to get a straight hole though, is to drill a hole in a scrap piece of wood over at the drill press (so you know it’s straight), then clamp this drill guide on top of the piece you want a hole in. This will give your drill bit over an inch of straight hole and keep you from going off track.

You can see I used a piece of masking tape on my bit to mark the depth the hole needed to be. My first approach was to glue in a nut that would be recessed in the body of the push stick. Then thread a bolt through the tailstock and into this nut.

However, before putting metal in the body, I first wanted to cut in the dado that will allow the tailstock to move up and down. I also wanted to do it before cutting out the body shape so I would have a larger flat surface to move over the router table and make this cut.

For the mean time, I set the body aside and started fabricating the tail. I first needed to get a slot cut in that would slip over a bolt and let it slide up and down. Since this slot needs to be straight, I quickly made a jig (just made from scraps) that would hug the piece of material I would use for the tailstock, and that I could place on my drill press table.

I used a square to line this jig up squarely to the table, then made a series of holes to create my slot. I was pretty precise on the start and stop of this slot as I wanted it to dictate the max of 3/4” overhang, down to 1/8” but not let you exceed either limit.

Now to take away some of this outer material and create a tenon to fit the dado of the body.

My straight bit in the router table was still set up to the same height from cutting the dado so I used it to take away the side material. It’s worth noting that I left my piece long just to give myself more material to hold onto during this step.

Annnnd here is the finished tailstock.

First was to glue the nut in the hole I drilled earlier. To do this I used some Titebond II which does an excellent job at attaching metal to wood. I threaded the nut on the bolt while doing this to not only give an easy way to drop it in, but to also protect the threads from getting glue on them.

Once that was dry, then I worked on getting the rest of the body into shape. First using a bandsaw to cut the profile’s straight lines out, then clamping my 4” Belt Sander upside down to my workbench (I love that feature). I rolled my dust collection cart over then started not only trueing up the straight edges I just cut, but also adding in a few nice curves here and there to soften the look.

To cut the handles, I hogged away most of the material with a forstner bit at the drill press, then used my Spindle Sander to clean up the rest.

Now keep in mind folks, this is a push stick. You can knock one of these out in under 10 mins. You don’t neeeeeed all these extra bells and whistles, but I was enjoying myself and wanted to shine her up.

By this time the glue was dry so I attached the tail stock to the body and here was where I realized my mistake on gluing in the nut.

The hex head is not easy to grab onto to twist and a must have for this design feature is it must be quick and easy to use or its worthless as I wouldn’t use it.

So onto prototype two! Since I was making changes, I decided to combine the two handles and save on some space.

I thought the first push stick came out too tall, very a little unstable and clunky. By joining the two into one, I was able to shave some height off the overall design. I did everything else the same, except this time I glued the head of a bolt in the hole so that once I placed on the tailstock, I could use a wing nut to tighten and loosen. And this worked so so well. I was really pleased with it.

However…..I was still enjoying myself and having fun with the process so I repeated everything again but this time…. made it from walnut : )

Now I already know it’s coming….. lots are going to point out that metal shouldn’t be anywhere near a SawStop.

If you aren’t familiar with the brand, SawStop of course is the only saw not the market that has flesh sensing technology so if your finger or hand comes in contact with the blade, it will do three things: Kill power, retract the saw down into the body, and also discharge a break to immediately stop the blade from rotating further and mangling you.

I’ve been running a SawStop since 2014, I’ve also been using this pushstick, with metal screws in the tail stock for that duration and have never had an issue with it.

When you’re setting the height of the blade, you’re only suppose to have about a tooth height above the thickness of material. So if you’re setting up properly then you should never have issues….buuuut, lets air on the side of caution shall we?

For my third and final version of this push stick, I ordered some plastic hardware to use in my creation. I did everything else the same, but this time glued in the plastic bolt, and use a plastic wing nut on the outside.

And you can see, I can very quickly go from 3/4” material, down to something thinner. I don’t have to measure, I just have to slightly loosen, set the push stick on my stock, push the tail down so it adjust, then tighten.

I bet many of you will suggest using a spring so it will auto adjust for you. I thought about this option but many cuts start with the back of the push stick off the table and I personally think it would be a pain to stop the push every time this happens, to bring the stick up, to just compress it back down. But hey, this is fun so I encourage you to play around and see what you think.

Since I got all fancy, I took things a bit further by throwing a round over bit in my table and softening the feel and look, then even propping the finish push stick up to throw a coat of finish on it. Not that it will protect it, because yeah saw blade wins, but just to see that beautiful grain pop. : )

I was going to stop there! But while on a trip, my friend Erik showed me how to make a sliding dovetail.

You might consider adding a sliding dovetail along the bottom so that you can add a sacrificial piece of material that can be removed whenever it gets chewed up. And this would keep the body cut free.

Then since, I was looking at my push stick collection. I decided to quickly make a push stick caddy that rides along the fence on my SawStop.

I saw this on a friends Instagram and thought it was such a clever idea to keep the push sticks off the fence and wing area and instead organize them so they can easily be reached for, used, then put back.

I used some 3/4” and 1/2” scraps I had in my bin to make a bottom and a few side walls. I spaced these apart for my specific collection of push sticks so while I do have a free download of this on my website, I would measure your collection and make changes. To avoid using brand nails or bringing out clamps, I used the quick setting Thick and Quick from Titebond to attach everything to the bottom sheet.

On the side wall that will be up against the fence, you want to make this higher than the other sides. That way when you attach the piece that connects the fence runner to this side wall, the caddy can sit flush to the table saw deck but also butt up underneath it to be attached.

I cut in a simple pocket on this top piece as well, just to give it some function. A pencil can be placed here without it rolling off into the blade or work area.

This caddy is removable, so if you need to take it off then no problems there, but it mostly will just act as a little sidecar on the fence and go wherever it goes. : ) Simple but great in my opinion.

And that’s it for the push stick and the push stick caddy! Check out Jay Bates video here to see the excellent points he makes on how he originally came up with this long nosed, wide footprint push stick.

You can also find the free download to the push stick caddy plans here.

That’s it for this one! I’ll see you on whatever I’m building next. 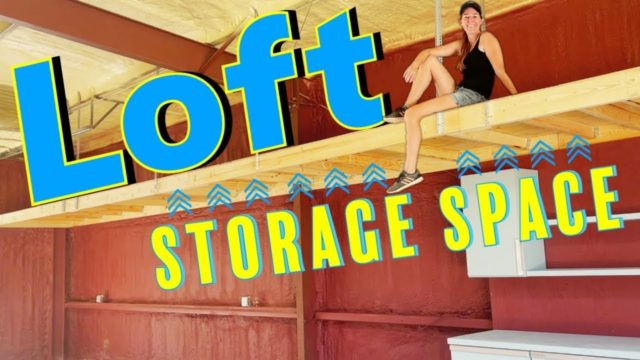 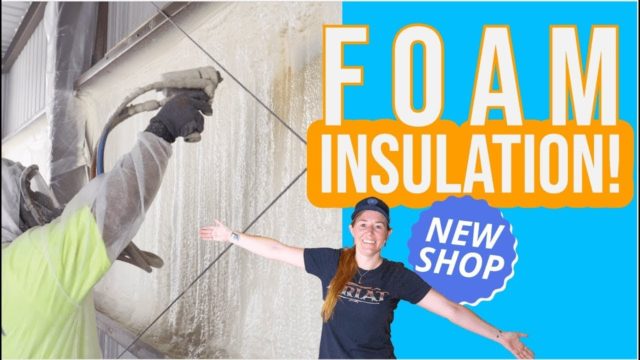