Quick and Easy Circle Cutting Jig for a Router

I am gearing up to turn my one stage dust collector into a two stage, and in order to do that I’m going to need a few circles. So I decided to take some time and build a dedicated circle cutting jig for my router. I watched a few videos, however none of the mounting methods work perfectly with the particular router I own so I took the main concept and modified it slightly in order to mount it to my Triton router.

For the length, just make sure the board is long enough to cover the radius of the circle you are wanting to cut out. Example: If you want a 12″ circle then the radius is 6″. You would want a board that is at least 6″ plus room to mount the router. I went with a longer than needed board, because I plan to mark each hole (as I make them) and keep it for future uses.

I turned the router upside down then unscrewed the four screws holding on the baseplate that comes on the face of the router. I also unscrewed the two knobs (that are typically for attaching the metal baseplate) then placed those, the springs, and the carriage bolts to the side.

I took the black plate and placed it on my piece of wood then used a pencil to trace the holes where the hardware went. Next I took the piece over to my drill press and used a 5/8″ forstner bit to counter bore a hole for the two larger screw places. Note: I left about 1/8″ of material in each of my holes.

Before moving to the smaller holes, I took a countersink bit and first predrilled my holes. I did this so that I could make these holes as spot on as possible (I didn’t want alignment issues later when I went to attach the jig). Then I used a 1/4″ forstner bit to counter bore the smaller holes which allows the head of the screws to sink far enough into the wood so that enough thread is hanging out the bottom to screw into the router. I used a 1/4″ bit to drill a hole in the center of the larger holes, and a 9/64″ bit for the smaller. 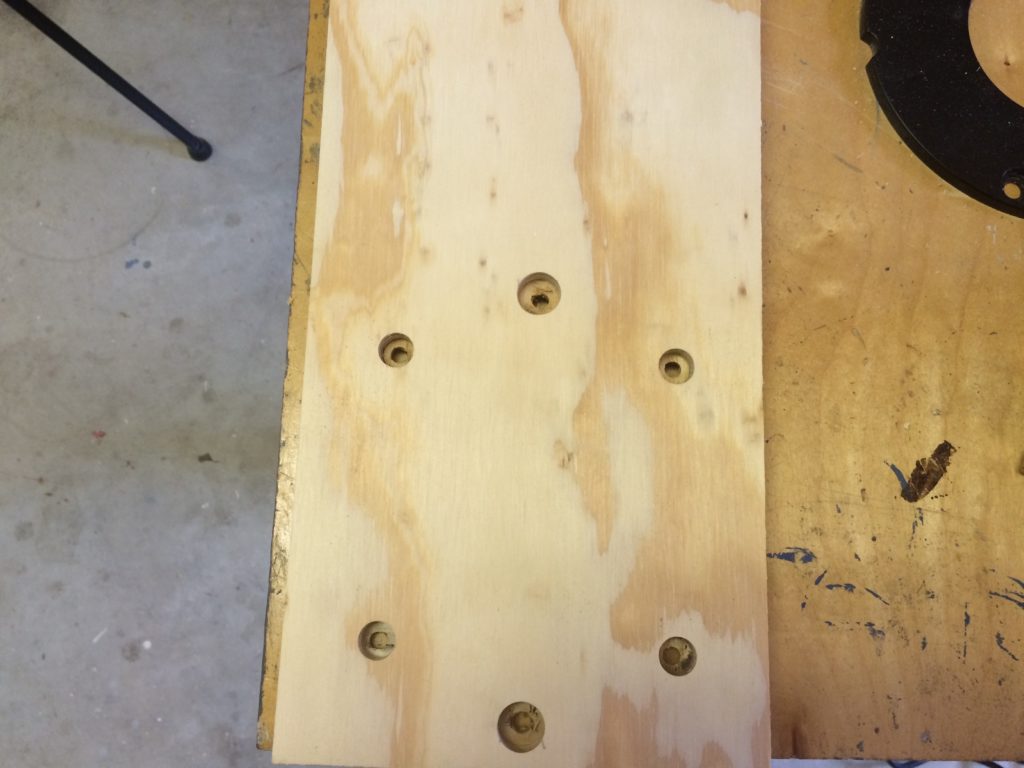 Next I traced the center circle from the black plate, then first drilled a starter hole then cut it out using a jigsaw. 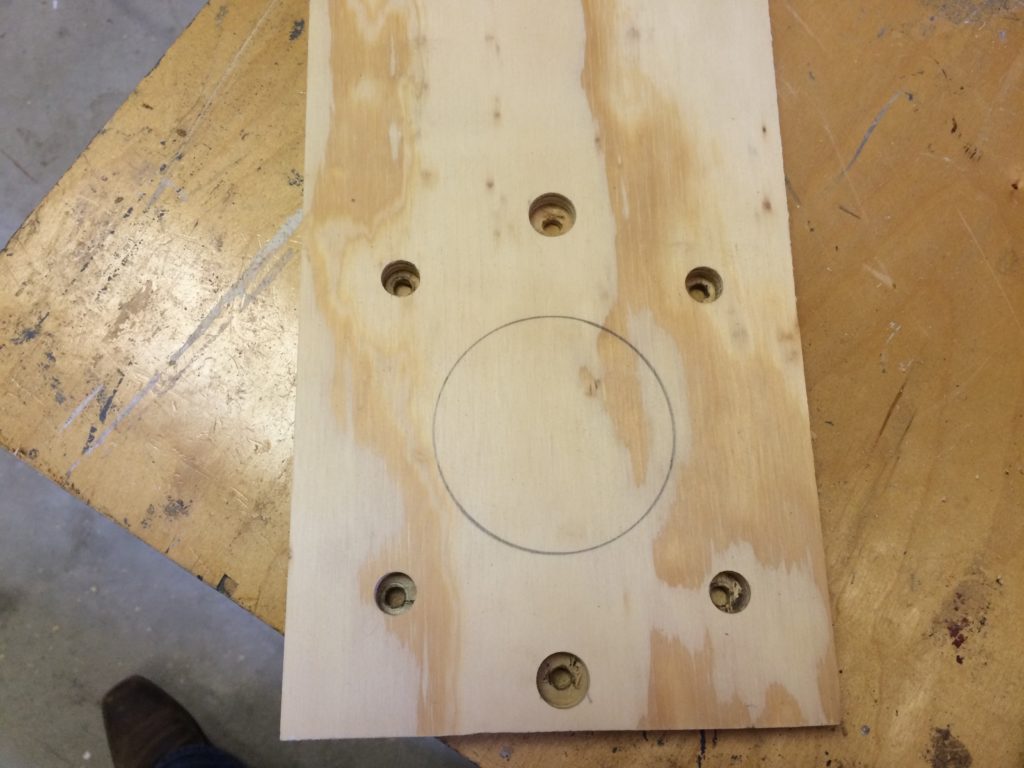 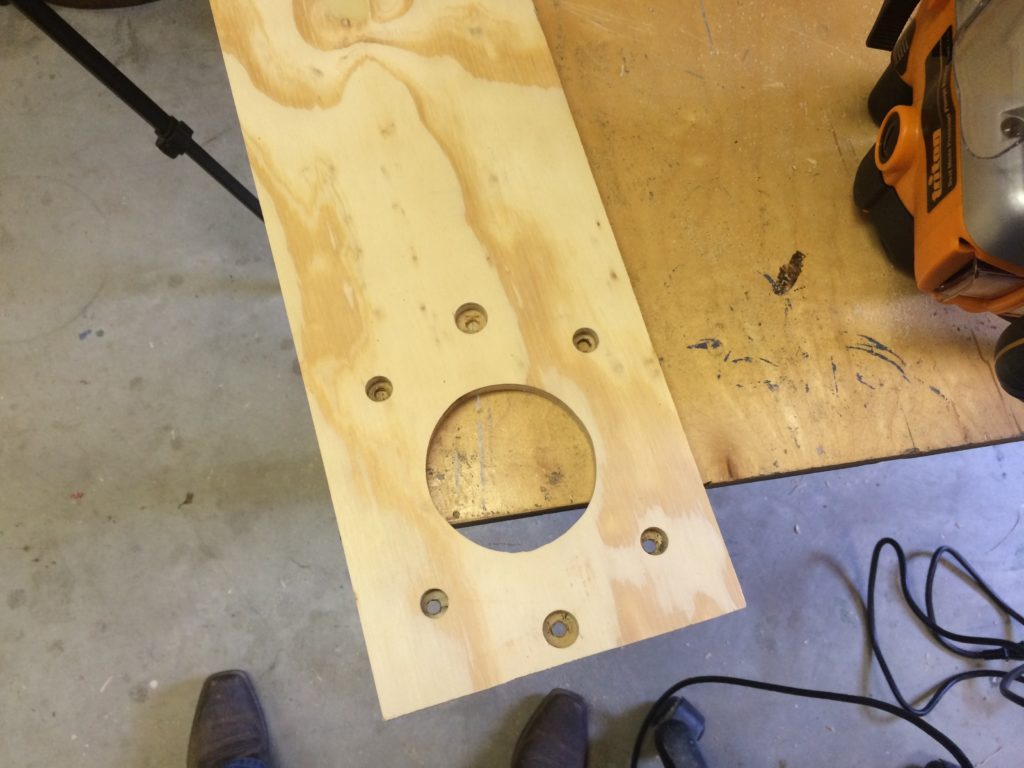 Now I was able to mount my jig to the router. Note: I left off the black plate that came with the router, and I also left the springs off. 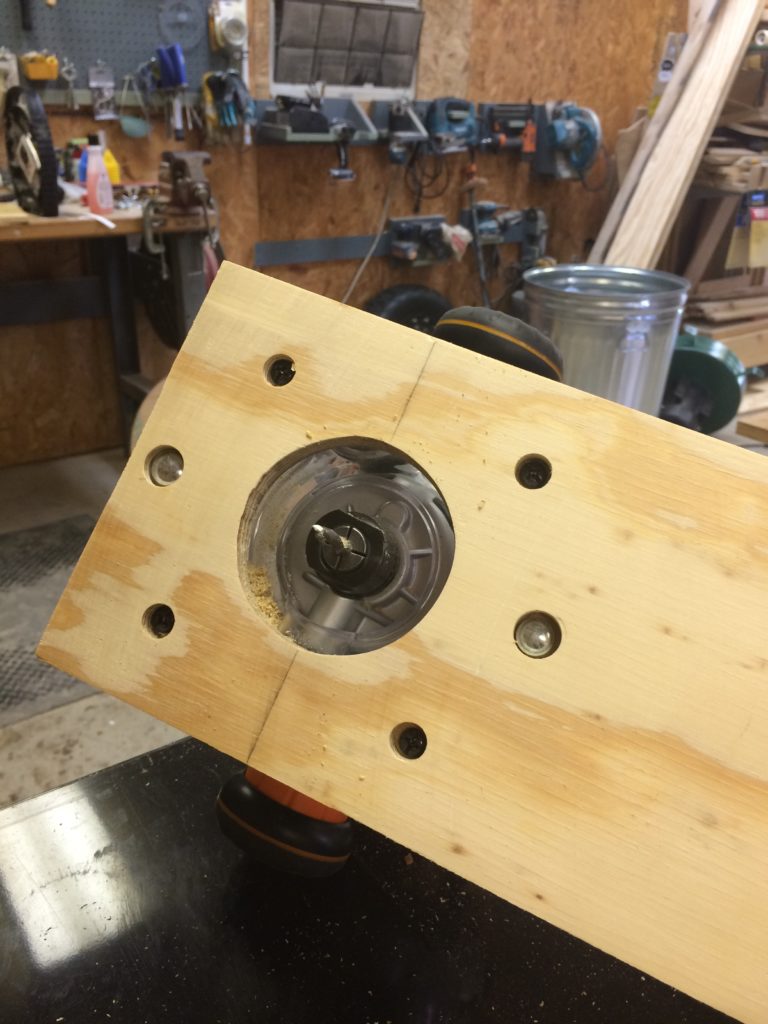 To use it, I first measured down from my bit the radius I needed and made a mark. Then I found the center of the board and made another. Where these two lines meet is where I drilled a through hole. I was using a small picture hanging nail as my pivot point so my through hole was pretty small.

Next I went to my piece of material where I wanted to cut the circle and also made a through hole where I was then able to line up the nail in the jig with the nail in my material. I made about four passes, lowering the router each pass until it cut all the way through and I had a circle. 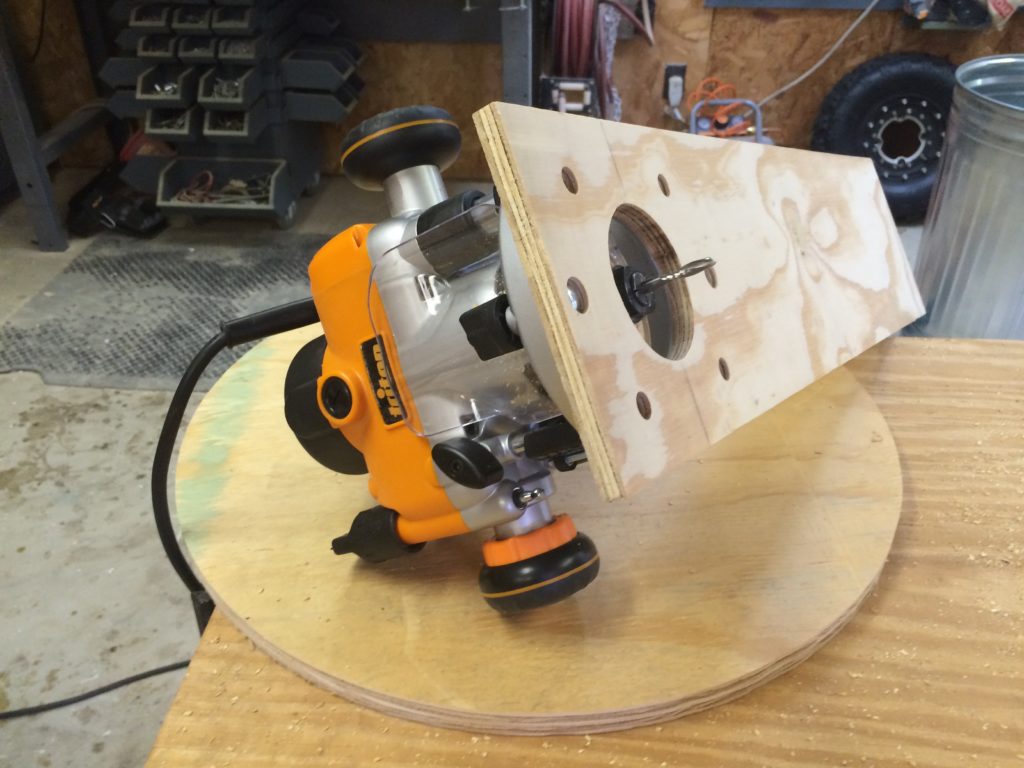