Get Better WiFi In Workshop! How To Add WiFi | Shop Garage Outdoor

I don’t know about you but the first thing I think about when building a new structure is how I am going to get WiFi here. With almost everything today relying on technology, why shouldn’t it be your first question? It can be a struggle. But in this video, I am going to show you two different methods on how to get WiFi outside of your home.

The WiFi coverage in my home has never been perfect; there were always rooms where I didn’t get a good connection. Then, when I built my shop and later added an outdoor kitchen, my wimpy WiFi coverage became an even bigger problem. Both of those buildings are far from my house and beyond the reach of the router.

So this past week, I finally got full-coverage, super fast and reliable WiFi with some help from NETGEAR. I found that they have the top technology for any situation: large buildings, long distances or areas where traditional internet service isn’t an option.

For my house, I went with the NETGEAR Orbi WiFi 6 Mesh System. My system consists of a router and two wireless satellite units. Together, the router and satellites form a network that reaches every corner of my house.

For the outdoor kitchen, I added a third satellite. Unlike the satellites in the house, I connected this one to the router using an ethernet cable.

For the shop, I chose the NETGEAR Orbi 4G LTE Tri-band Router. It receives a cellular signal, just like a phone. Then, along with a satellite, it broadcasts a powerful WiFi signal throughout my shop.

In my house, I installed the NETGEAR Orbi WiFi 6 Mesh System. Here’s how it works: The router is connected to my incoming internet cable, just like the old router. But instead of providing one signal that can’t cover the entire house, it connects wirelessly with the satellites that extend coverage to every corner and even outdoors to my porch.

Installing the system took about 5 minutes. The router is connected to my incoming internet cable, just like my old router. Once that is connected, now I can position the two satellites in different parts of the house to provide full coverage. It’s worth noting that one satellite can cover up to 5,000 sqft. And this will provide WiFi speeds of up to 6 gigabits per second for over 100 devices. That means I can upload my next YouTube video while streaming a movie, while taking a video call and have no issues.

Let’s do a speed test and test this device out:

The test says my internet is extremely fast. Thank you Orbi!

Next, let’s move on to my outdoor kitchen, which is about 80 feet from the house. Here, I installed another satellite.

At that distance, a wireless connection from the router in the house might have been good enough, but I wanted better than good enough—I wanted a connection fast enough to handle anything, including the ability to stream hi-def movies. Since the Orbi satellites can operate wirelessly or with an ethernet cable, I ran cable from the house. That’s a simple job, but here are a few tips:

Let’s do a speed test!

Ok let’s move over to my shop, which is over 300 feet from my house.

That’s too far for a WiFi signal and a cable trench though 300 feet of stone wasn’t an option. But here again, NETGEAR offered an easy solution.

The Orbi 4G LTE Tri-band Router is perfect for areas where traditional internet isn’t practical—it doesn’t need cables. Instead, it picks up a cellular signal, just like a phone does. It works with most of the major phone networks’ data plans and basically converts a cell connection into a WiFi connection.

Since my shop is so large, I also added a satellite, just like the ones in my house. Again, this whole job took less than 5 minutes. I just plugged in a couple power cords and slipped my SIM card into the router. Instantly, I had fast, reliable internet in my shop.

Here’s a speed test from my not-so-great previous system:

Now let’s do a speed test with my new NETGEAR Orbi 4G LTE Tri-band WiFi Router. Now that is more like it!

Before you go out and buy new equipment, a lot of problems can actually be solved by simply moving your router. So here are some do and don’t tips that you can try out before going out and purchasing new devices:

Finally, one of the best ways to improve WiFi performance is to upgrade the service from your internet provider. Officially, you get better service by paying more. But if you call your ISP or check their website, there’s a good chance you’ll find a promotion that gives you better service without a higher bill.

In my case, easy fixes like these weren’t enough. Like most people, I was relying on devices that were a few years old. A few years is a long time in the technology world and the systems I installed are vastly better than my old ones.

I want to thank NETGEAR for supporting what I do and helping me get my situation here under control. It’s really overwhelming with so much technology on the market to go and find the solutions on your own. But knowing that they exist and can solve so many problems is worth its weight in gold to have good internet!

I hope this video has been helpful for you to solve problems as you are either planning outdoor buildings or just have current connectivity issues. 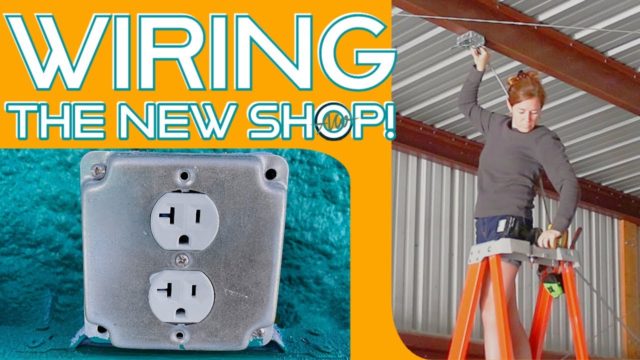