“You can never have too many clamps”. True. But I’ve been putting off organizing my clamps for far too long so this week I decided to build a simple and easy holder for all the different clamps I have. Instead of one massive holder for any and all clamps, I split mine up over three different units so that I could place them around the shop where I thought they would work best. The clamps I use most often, the quick squeeze clamps, I placed close to the main work area of my shop so they are very assessable. The pipe clamps that I don’t use that often are placed out of the way, near the entrance of the shop. This is a great scrap wood project so instead of buying material I would save a few cut offs from other projects and use them for this.

If you would like to see an overview of the building process here is a video:

I went to my scrap bin and pulled out a few pieces of 3/4″ plywood. One one board I measured over 9 1/2″ on the top then went to the bottom and measured over 4″. I used a straight board to draw a line, connecting the two. 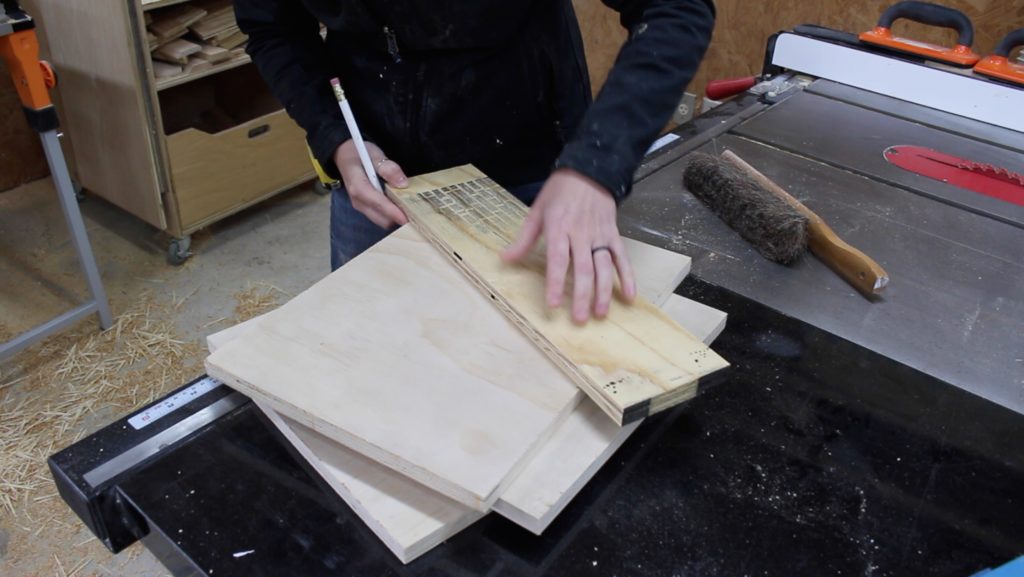 So with 9 1/2″ for that top measurement I was able to fit four Rockler clamps into a single holder, but only three pipe clamps. If you want to hold more then increase this dimension. 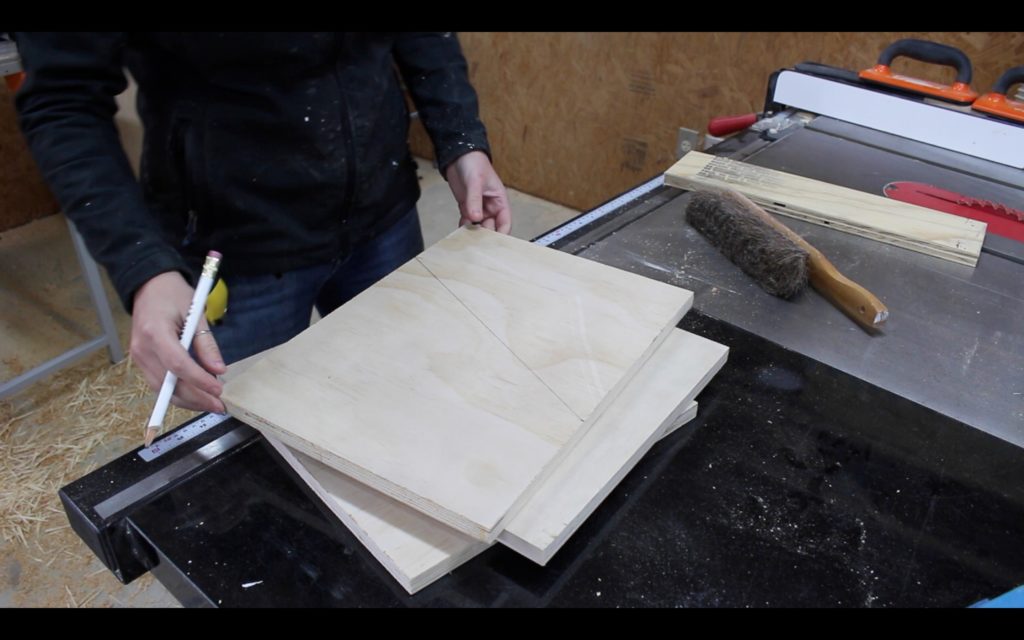 These first side pieces I cut using the miter saw. My saw is only 10″ so the piece was a little too large for me to cut it in one go. I would first cut one side, then flip the board over and finish the cut by making a second.

I used two pocket holes for each side piece and instead of drilling them both on the same side, I drill the bottom one on the inside and the top one on the outside. 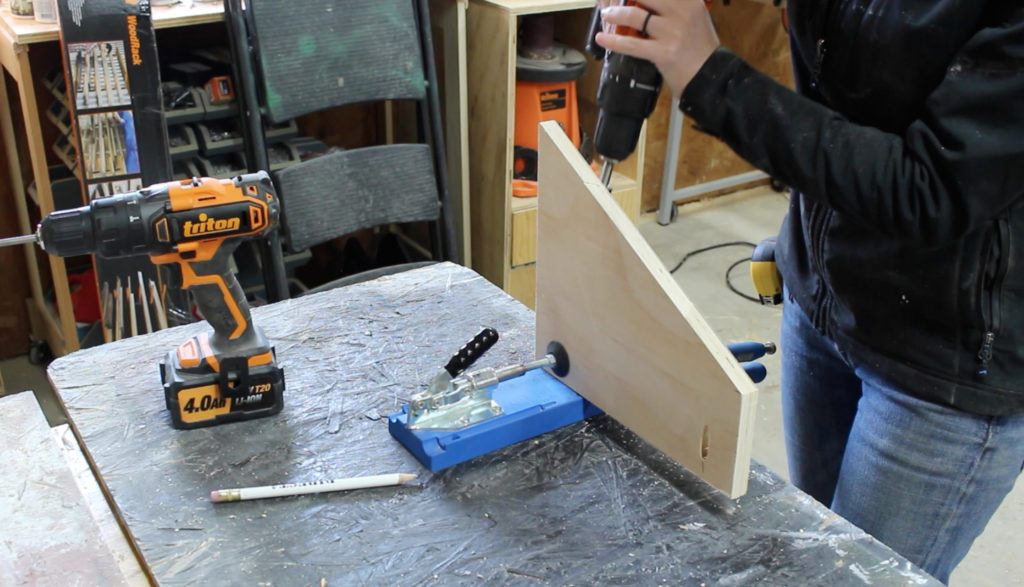 Next I started attaching the side pieces. I went to my wall with the board and a clamp and tested the placement so that I wouldn’t interfere with the ceiling or door jam. Once I found where I wanted it, I used the pocket holes to screw it down. I would screw in one side then use a level to make it plumb before screwing down the second. 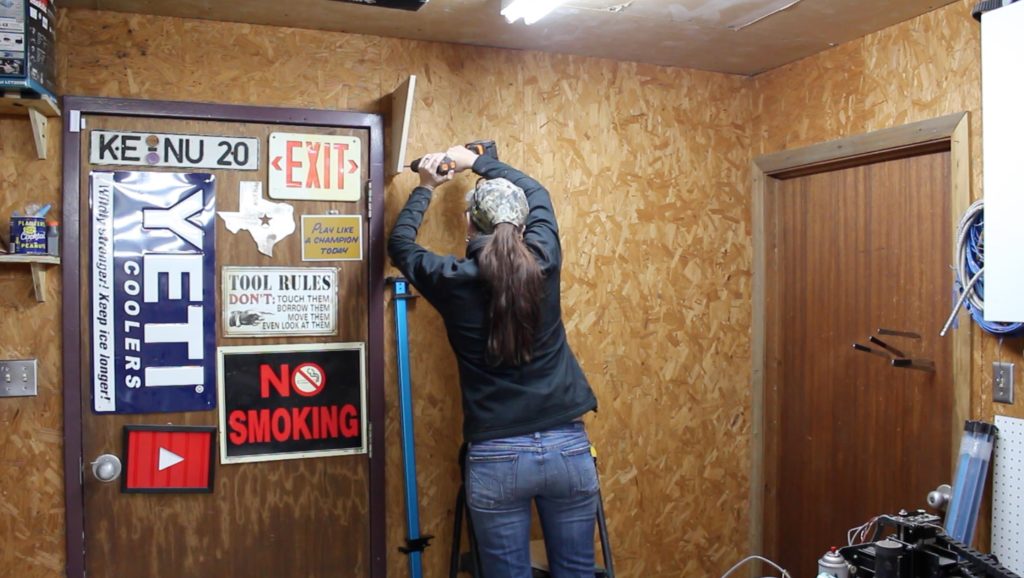 To figure out the placement of the second side I would set the clamp back into place and sandwich it in. For these I butted the second side right up against the bar portion of the clamp then backed off about a 1/16″. This way it was snug but the clamps still slid in and out freely. When you are attaching the second side, use a level to make sure it’s level with the first. 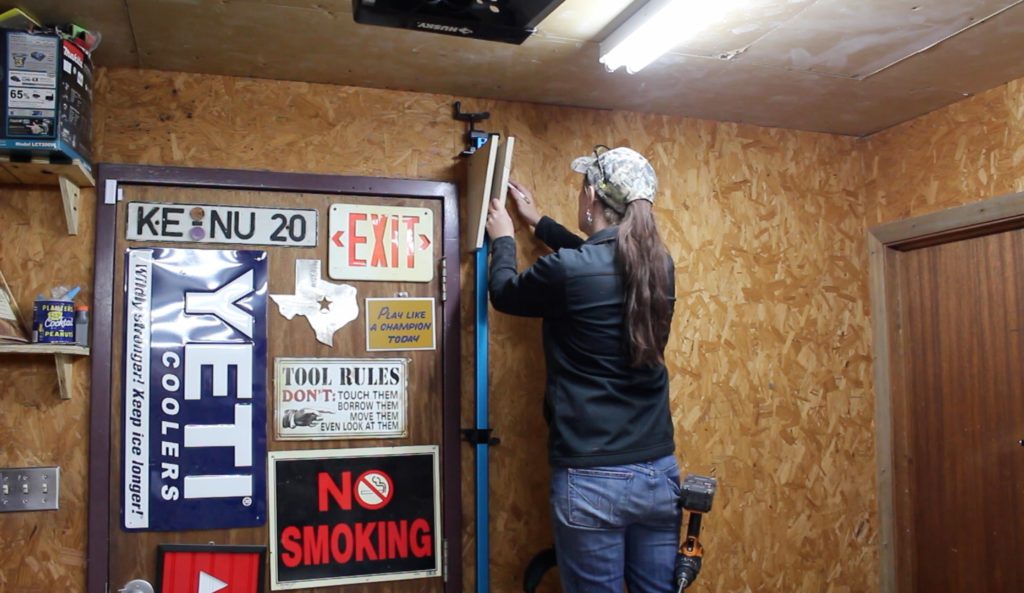 And that’s it for installing one holder. Now you can test the fit and make sure it works fine. Note: I placed the longest clamps on the outside portion of my wall so that I can keep the center of this wall useable for future use, like lets say if I want to move my router table here. 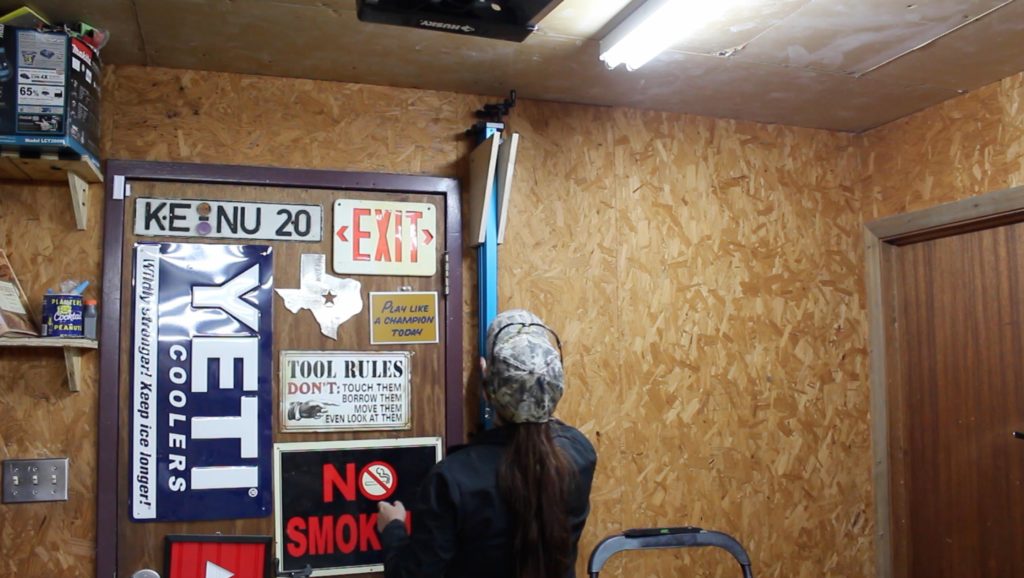 Now I repeated the steps to make more sides however instead of using the miter saw, I ended up taping together two boards and using the bandsaw. A jigsaw would also be a good alternative. 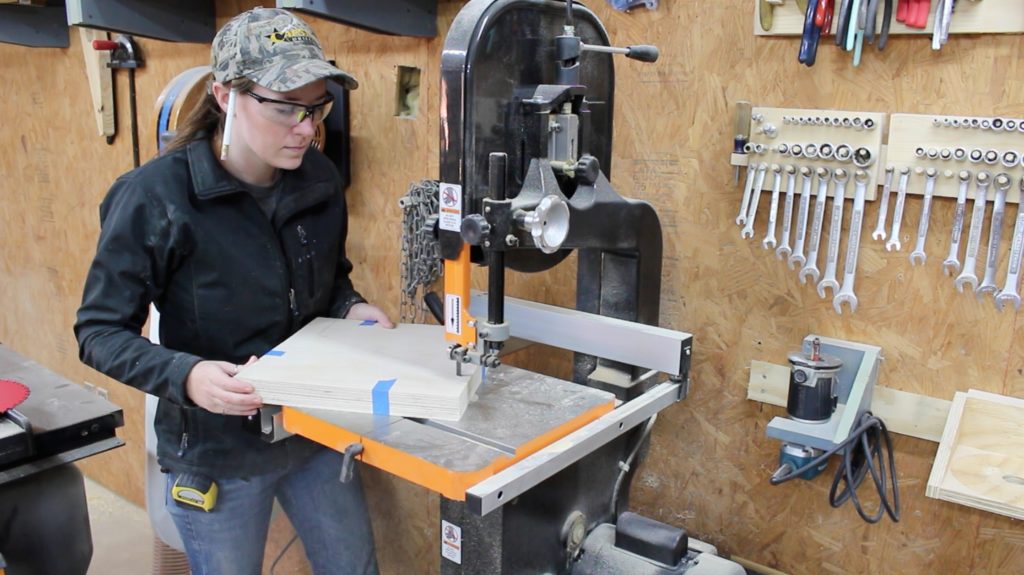 Again, use a level when you are laying these out. I figured out the spacing of mine by testing it with a clamp in it. These pipe clamps do want to angle to the left or right just slightly so take that into account when figuring out the placement. 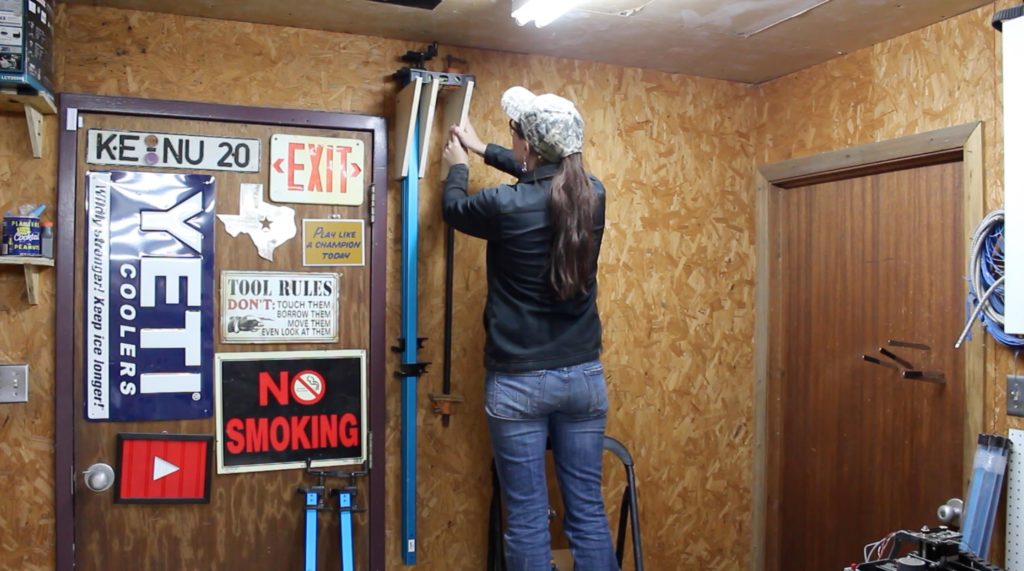 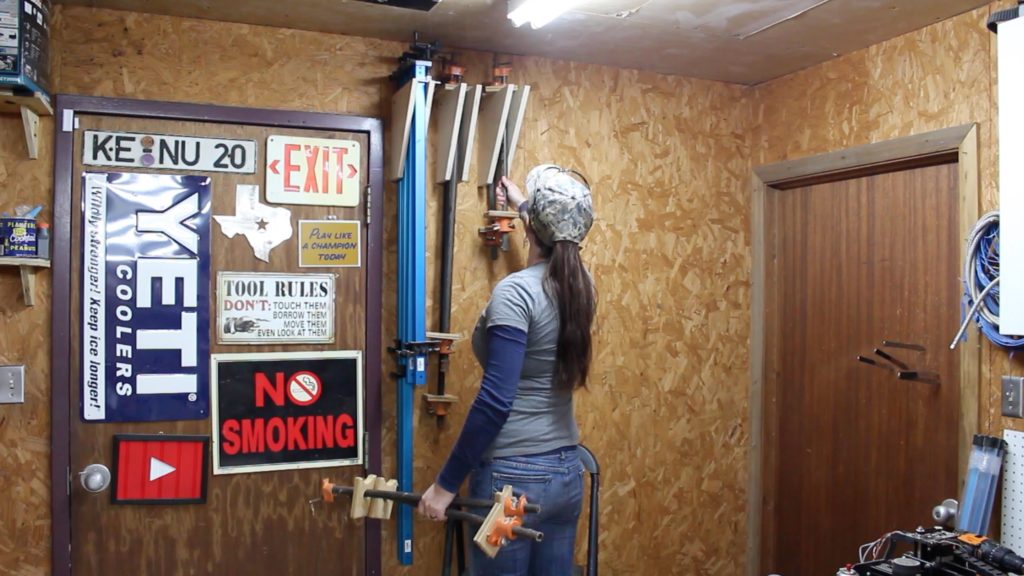 I was originally thinking that I wanted to keep all my clamps together in the same space, so running a bar in between the left and right holders of mine would be perfect since it would utilize this space but keep the bottom of the wall open. However, I reach for at least a few of these quick clamps during almost every project so I decided to split the storage up and place these closer to the main work area. 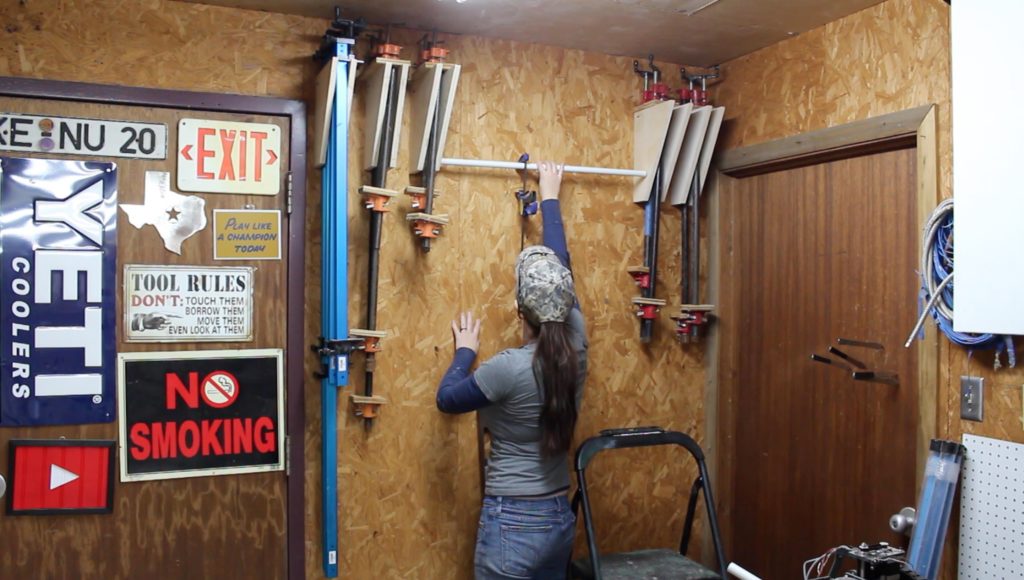 I started by cutting a scrap of 3/4″ plywood into two small rectangles that is about 3″ wide. Then I placed a forstner bit in my drill press and counterbored a hole near the top. I made the mistake of drilling the hole in the center, near the top, and the clamps ended up falling off because this placed them too close to the wall when I tried to mount the boards. So instead I drilled them, still near the top, but close to the outside of the board.

Now I had some left over PVC from a previous project so that is what I’m using for the bar but you could also use a dowel rod or even conduit. I would go with 7/8″ thick if you have the same clamps. 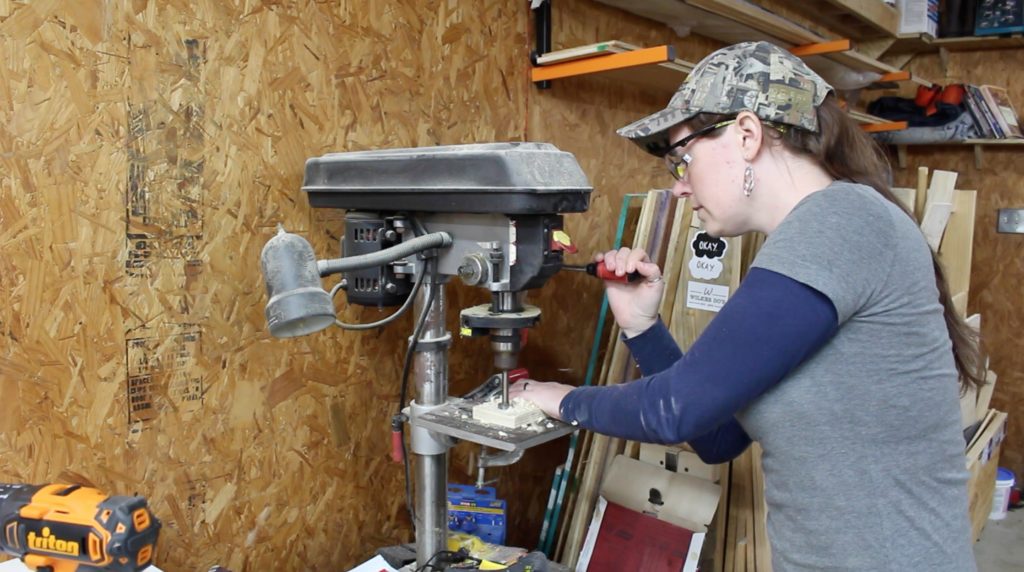 Again I am going to be attaching these directly to my wall with pocket holes, since I have OSB walls. I drilled two holes into each side. 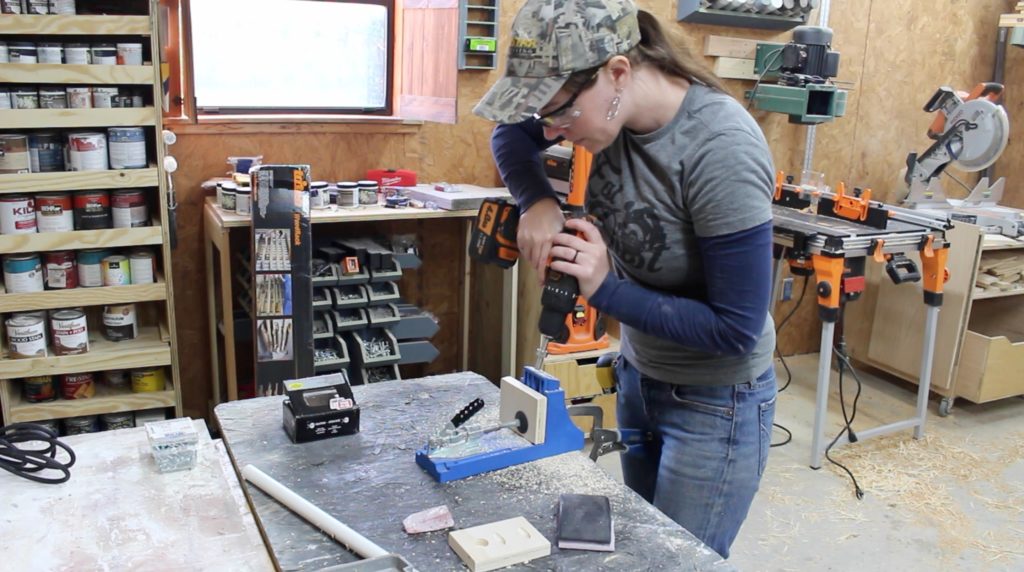 Then attached it to the wall where I wanted it. Attach the first side…. 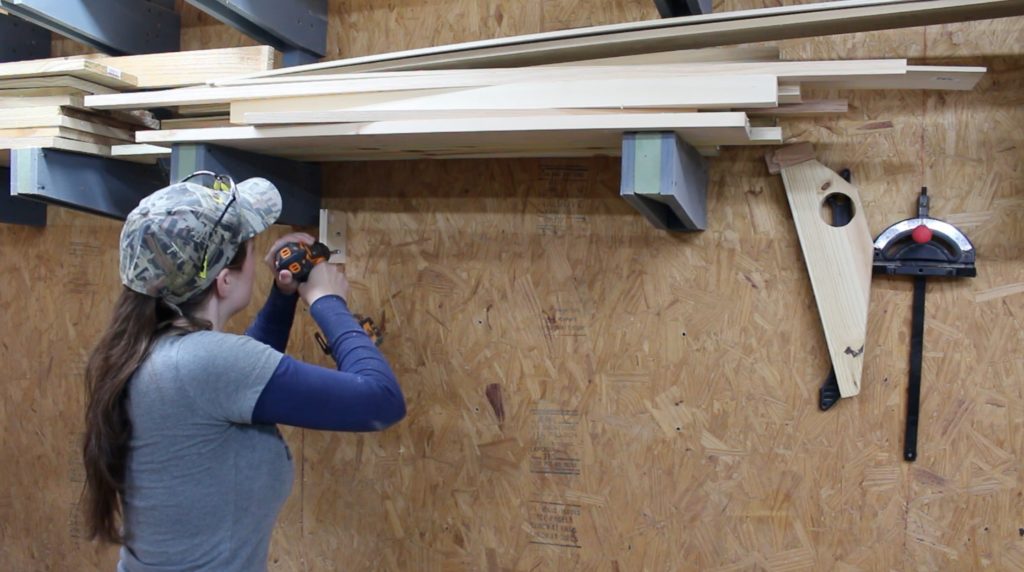 Then place the PVC in it’s hole and attach the second side. If you ever need to replace this bar then all you’ll need to do is unscrew one side. 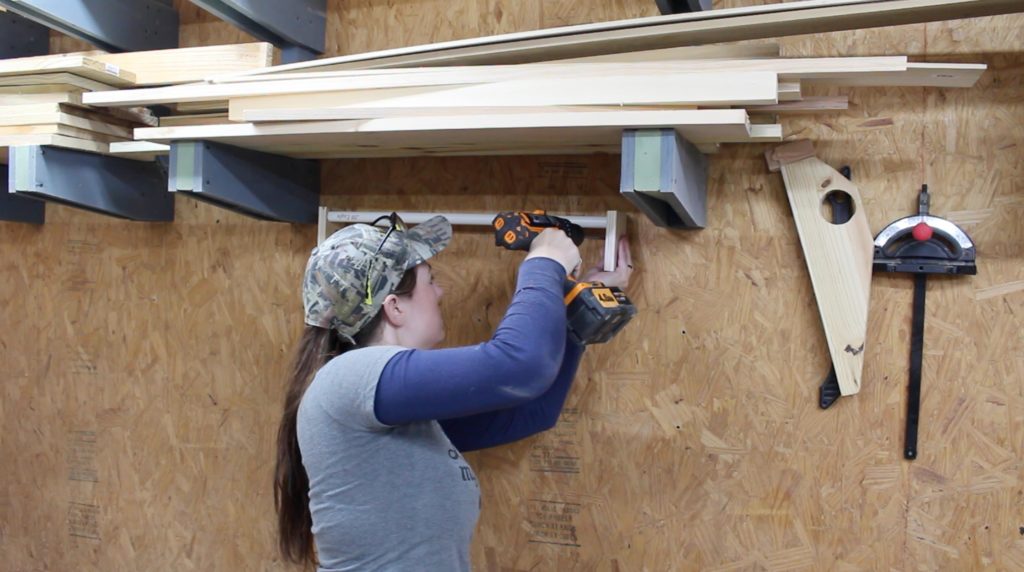 I was going to repeat the steps to make a second one for my spring clamps, however I really didn’t want to open and close the clamps every time I needed them, so the only thing difference about this holder is I did counterbore the hole in the center of the side pieces so that the bar was closer to the wall. This allows me to drop one of the legs of the clamp between the wall and the bar, and it straddle it for storage. 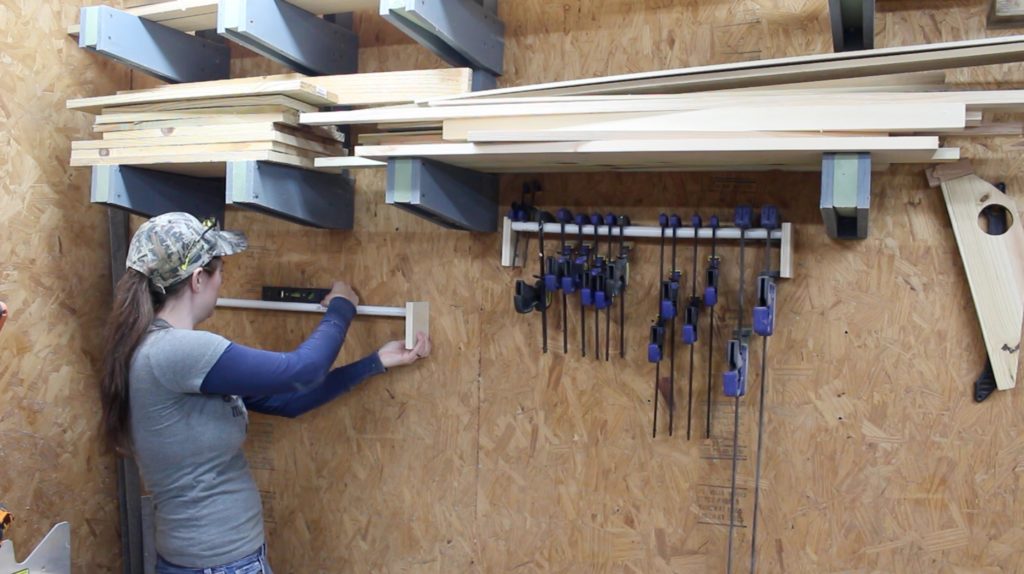 And that it, now all my clamps have a place to go instead of leaning up against a random wall. All three are very quick and easy shop projects, I think it only took me about an hour to complete all of them. Also, since I used scraps I didn’t have to spend any money. Woo hoo!