I’ve been needing a step stool for around the house because there are several places that I can’t reach without a few additional inches. I wanted  a step stool that was decorative so I could leave it hanging around the house whenever I wasn’t using it, instead of hiding it in a closet, and since I finally assembled my X-Carve CNC I thought I would use it to really personalize my stool. I decided to go with a compass rose image on mine. Keep in mind if you don’t have a CNC that you can buy or make a stencil for the top and paint on whatever design you go with.

I think this would make a really good and easy DIY gift too!

I am using one 2×6 to make this stool because I wanted the top to be thick. You could also use 2x4s.

I started by cutting three length of 11″ at my miter saw. 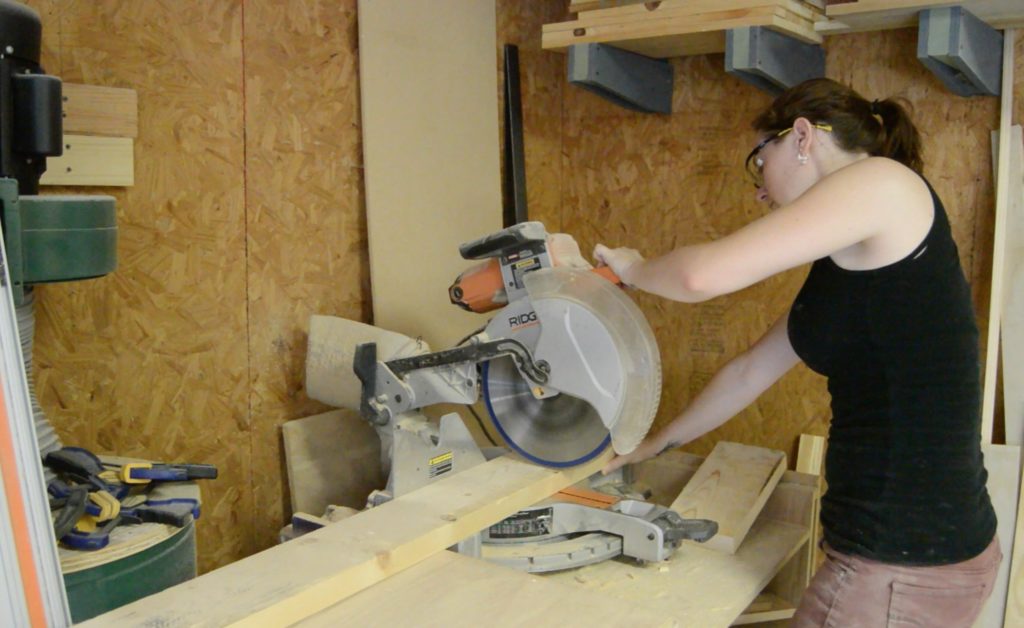 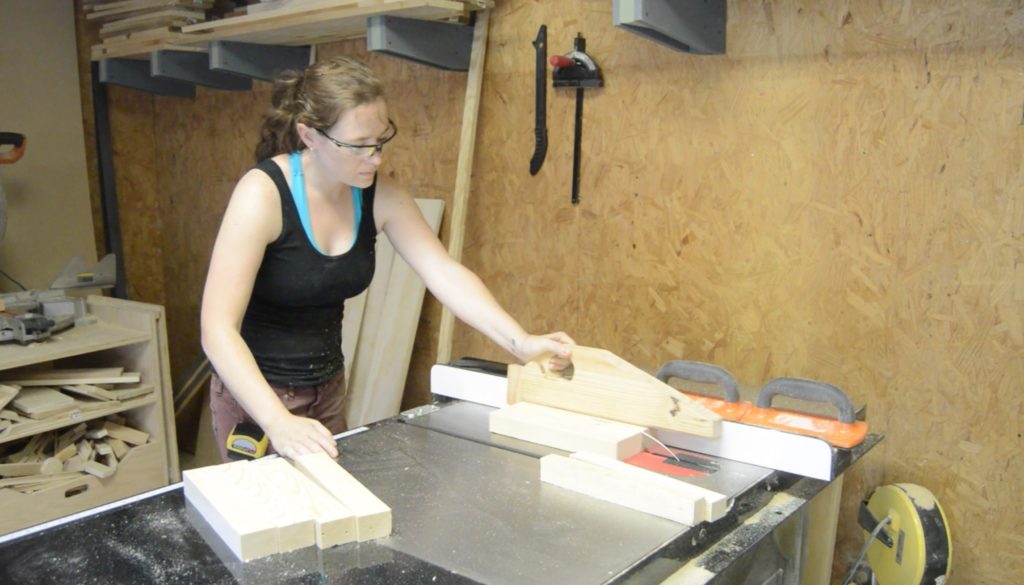 I glued the pieces together and clamped them for an hour to dry. Tip: if you sprinkle a little table salt on the glue it will keep the pieces from slipping around. 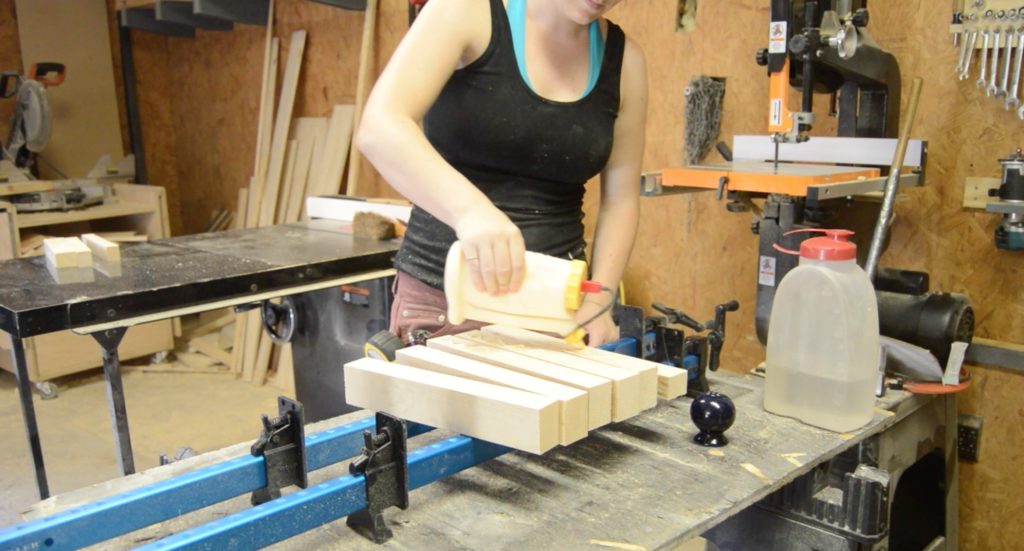 To make them all the same, I would line up my first cut (with the blade off) then make a pencil mark on the temporary fence where the back end of the piece lined up. This way after I was done cutting one leg, I could move it away then move another leg in it’s place and just line it up with the pencil mark. 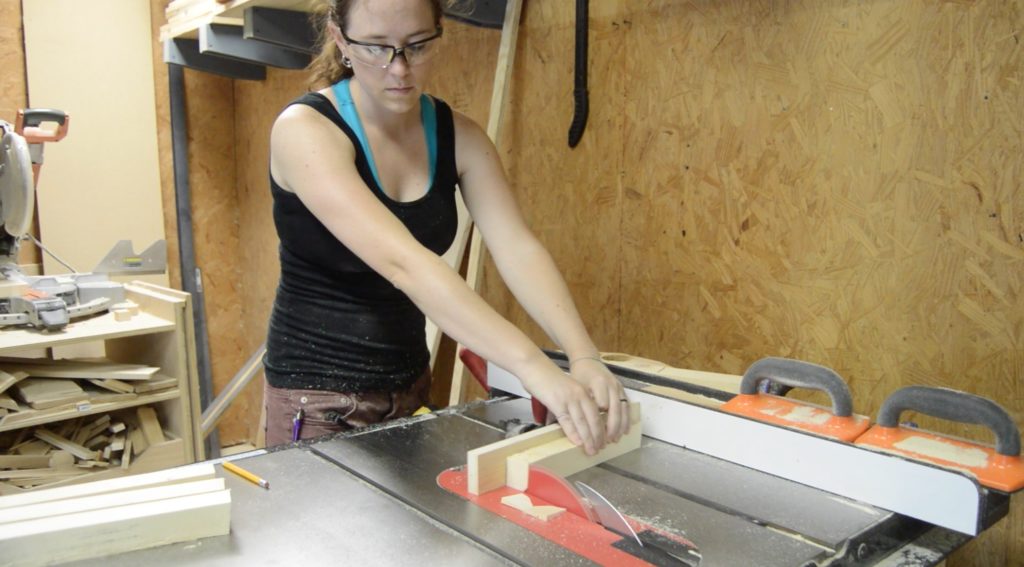 I set the legs in place just to make sure I was happy with the way it was looking. 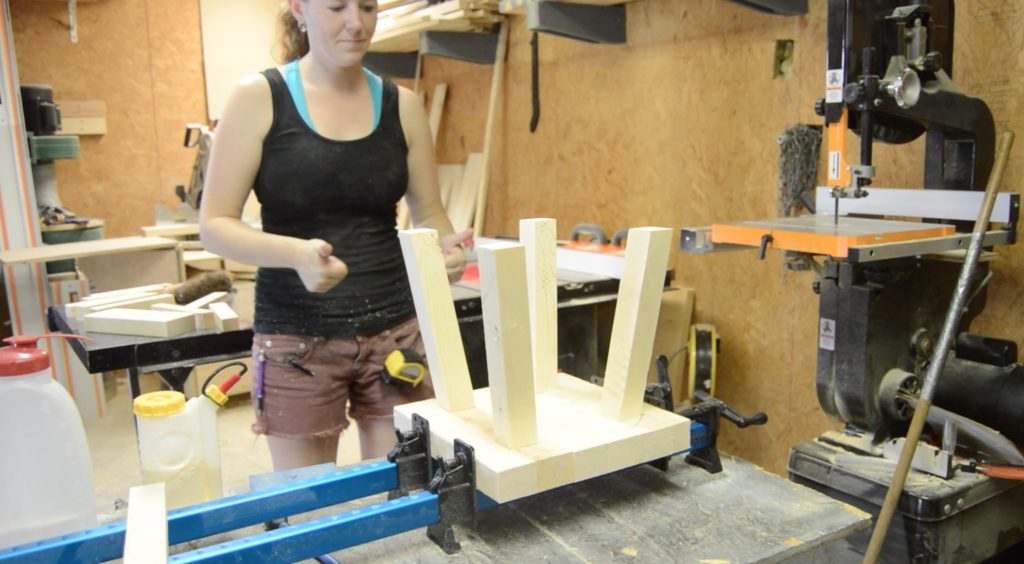 Alright, now to make the top. Again I’m using a CNC but if you don’t have one then just use a stencil and paint. I set the image up in the Inventables.com software called Easel and told the machine to start carving. It took a little over two hours and I would come through with a shop vac about every 30 mins to suck up the dust. 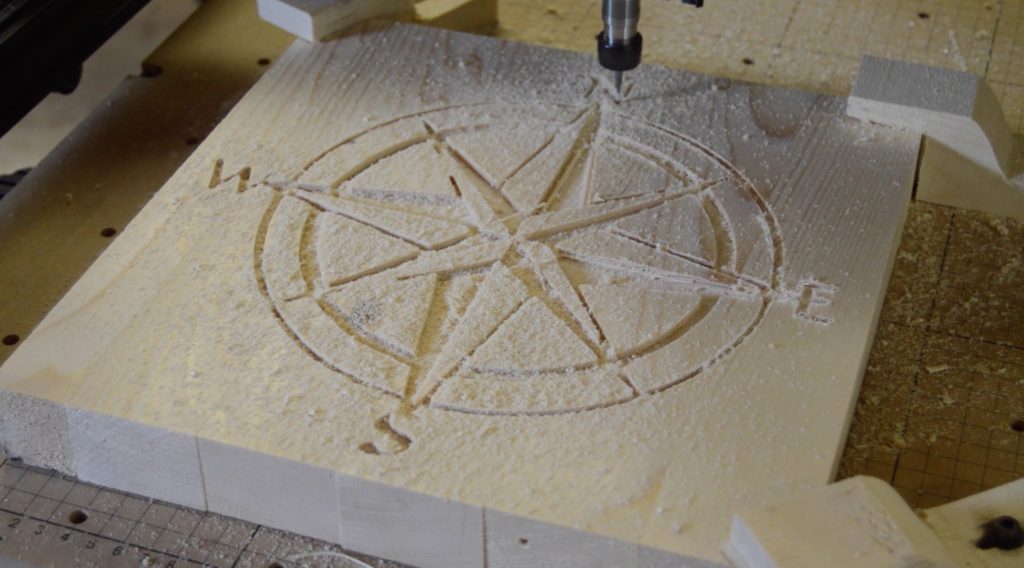 When it was done carving, my image looked like this. : ) Isn’t that neat? It’s a little fuzzy, so I took some sand paper and went over the edges. 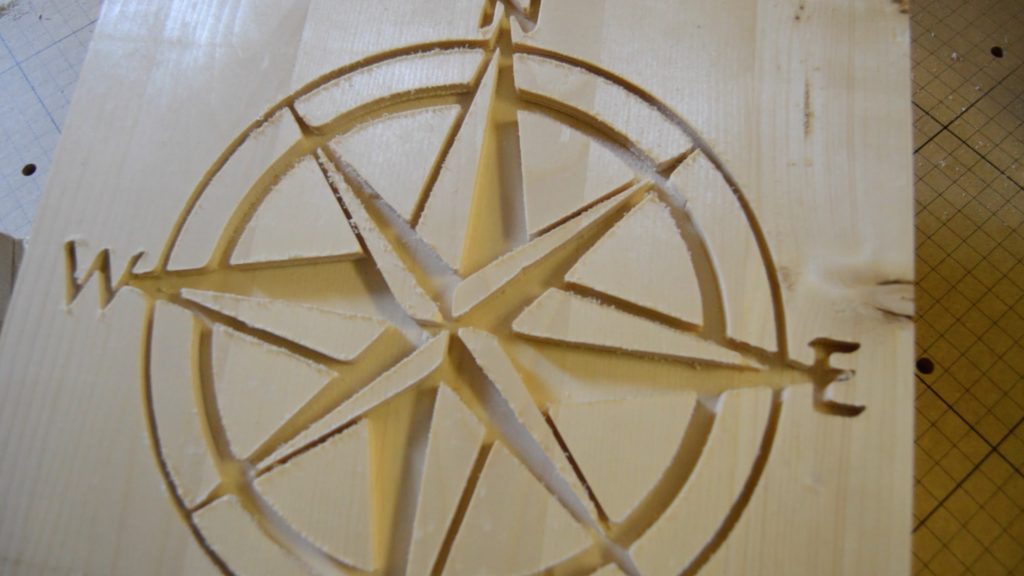 Ok, now to make it round. I grabbed my compass and made the largest circle I was able to, which turns out to be 10 1/2″. 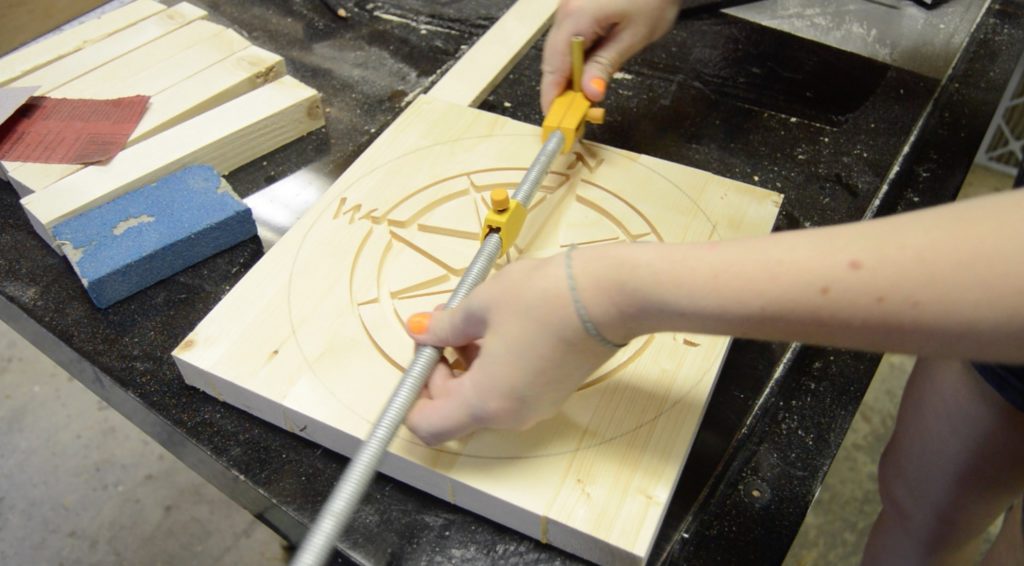 Then I used my bandsaw to cut it out. This isn’t the most accurate way to cut it out, but I was fine with that. Next 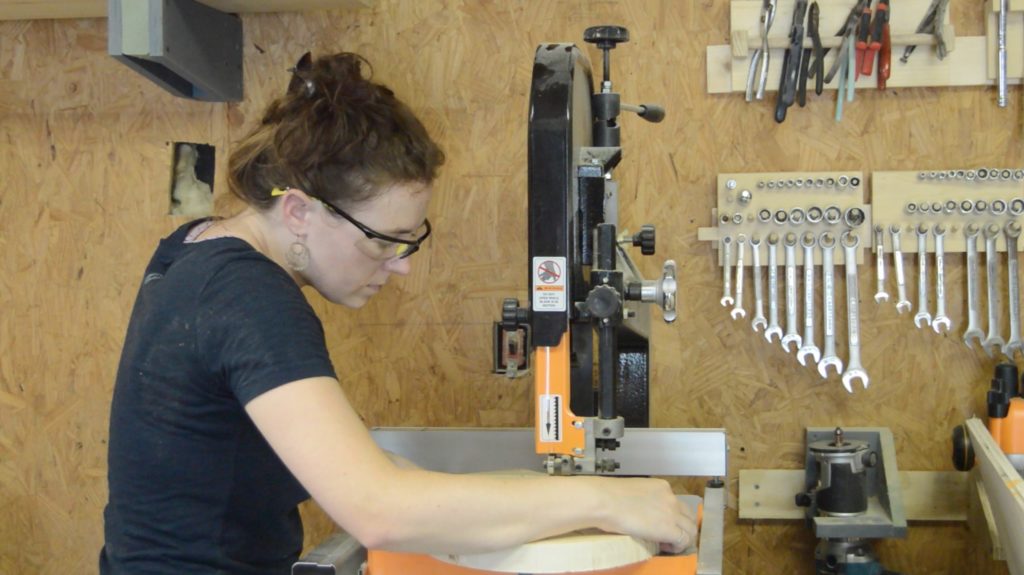 Next I cut the stretchers that will support the legs. I cut four for the top and four for the bottom. The four near the top are 4″ and 5″ with a 7 degree angle cut on both ends (I used the miter saw for this). 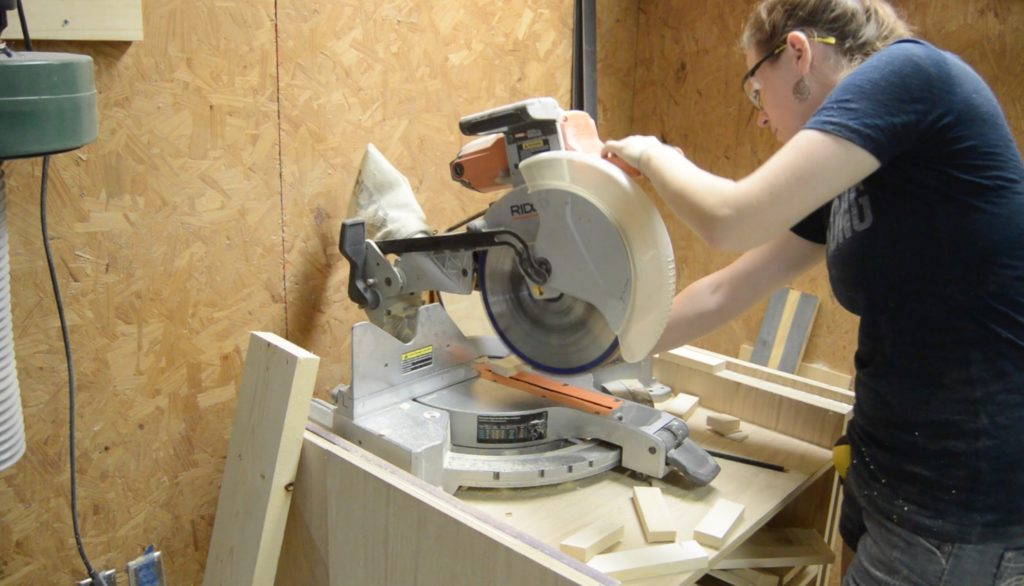 I drilled pocket holes in the four legs as well as the four stretchers and started attaching them. I just eyeballed the placement of these, but I made sure to place them so they covered up the majority of the pocket hole in the leg. However, I did make sure I didn’t cover it up completely because I would have to come back later to use it.

Note: At this point the legs are not attached to the stool. Also, I had to use a right angle attachment in my drill to get the fourth stretcher attached. 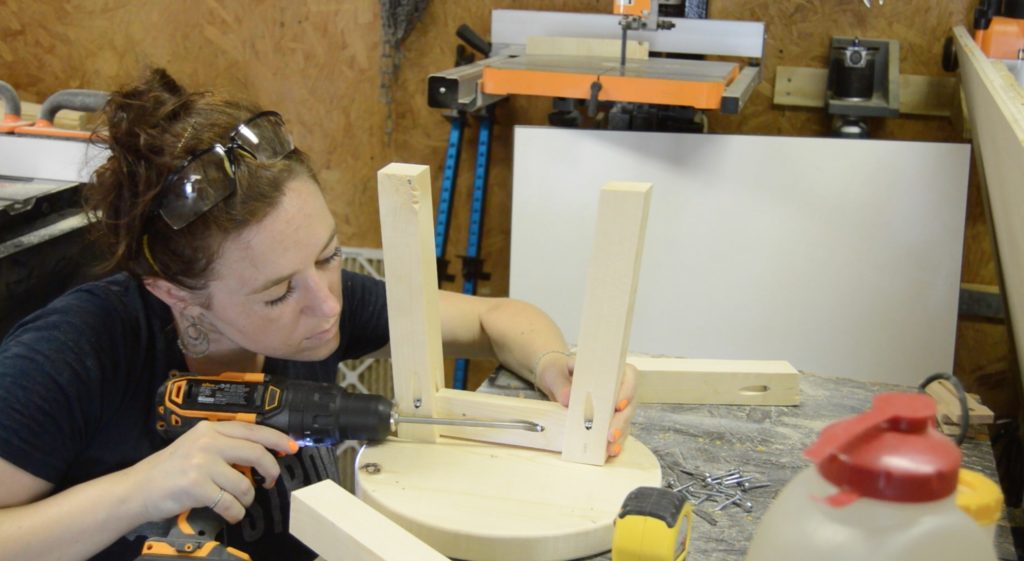 Once the top four were attached, I cut and attached the bottom four, making sure to stagger them slightly so the screws wouldn’t run into each other. These stretchers are 6 1/4″ and 5 1/4″. I did eyeball the placement but they are roughly 1 1/2″ and 2 1/2″ up from the bottom. 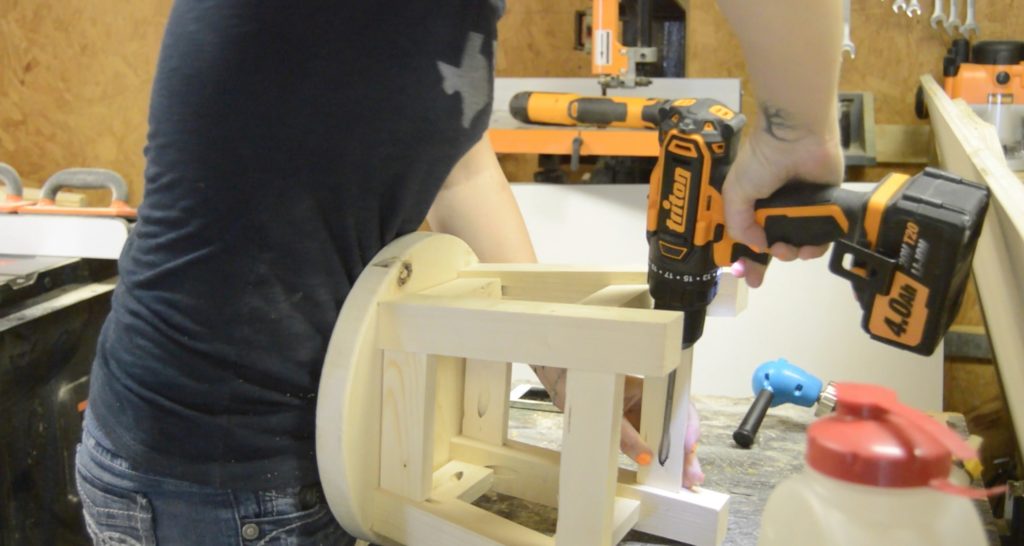 The last thing I was did was put on a coat of stain. I decided to use Carrington by Varathane.

I only used one 2×6 to make the stool and since I already had it, I spent nothing on this project. : ) I love that.

If you are into doing craft day/trade day shows, I can see this being a really good addition. You could make several very easily and just change the design to make them marketable to either adults or kids. I’m thinking owls, favorite sports team insignia, a big flower, a wolf howling at the moon….: ) Get creative.